Multi-Language Assessment (MLA) for Young Children: An Instrument in Development by RTI International 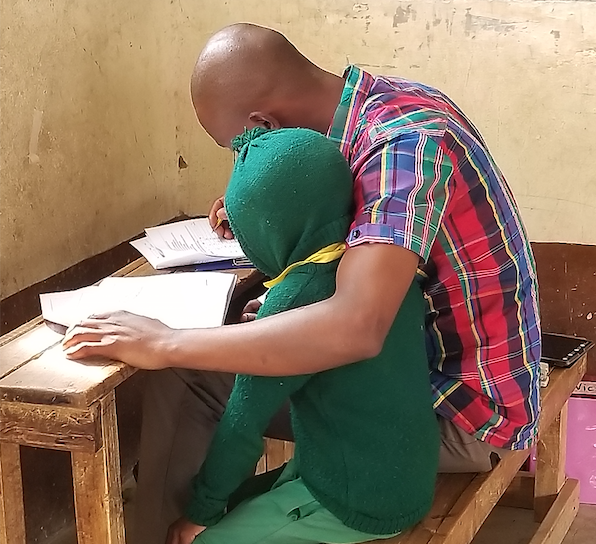 Many of our daily decisions are informed by the information we gather from established instruments. If we hear that the barometer is showing a drop in the air pressure, we can plan for changes in the weather.  When we read that GDP (gross domestic product) has been on a steady rise, it gives us financial confidence. And when we see a normal blood pressure reading, that is one indicator that our health is on the right track. These three instruments help to predict what might happen next in domains that affect us all--the economy, the weather, and health. Yet another domain that also touches us all, language, lacks adequate instruments to predict later academic performance. More specifically, we do not have instruments that capture the language abilities of multilingual children--estimated to be over half of the world’s population.

At RTI International, our International Education team works in diverse linguistic environments where it is the norm for children to use two languages, and three is not uncommon. Consequently, in the early years of formal school, children may or may not be learning in a language they already know. But in most school systems, at some point instruction will switch to an international language like English or French. Currently, we do not have reliable instruments that capture young children’s knowledge across all of their languages. This lack of information limits our ability to know who won't benefit from formal literacy instruction. We believe that the quantity and depth of concepts that a child has across languages is a differentiator.

Even with multilingual samples, for reasons of reliability and consistency, most language assessments assess children in just one language and describe results for that language. Yet, measuring language skills in just one language overlooks the assets that a multilingual child may have in other languages. When results from a single language assessment are described from a deficit approach, this lessens the value of the knowledge the child has in the languages that were not assessed. Furthermore, it diminishes the value of being multilingual which we understand to have multiple benefits such as improved sustained attention, cognitive flexibility, and even a protective effect of cognitive decline later in life.

To address this problem, RTI International developed an instrument, the Multi-Language Assessment (MLA), to measure children’s expressive language across multiple languages in order to understand the skills they have to support their learning. The instrument is intended to be reliable, valid, and child friendly. It is our hypothesis that children’s expressive language scores across multiple languages can help to explain their success or struggles in the early years of formal schooling. If our hypothesis supported, we can advise families to support their young children’s concept development in any language which will have a meaningful influence on their school performance.

it captures what children know--their assets.

The MLA, as currently conceptualized and developed, captures a young child's expressive language skills across multiple languages in a 7-minute interaction with a trained assessor. The MLA measures expressive language of 36 concepts shown in 36 images that children would be exposed to through family and community interactions, conversations, media, or books. The MLA has been designed for use in English and three Bantu languages and it is expected that it could be adapted to other languages of interest. The items included in the assessment are intended to yield variable distribution, to have levels of a familiarity.  For example, for an image of a coconut tree, some children might call it "a coconut tree", others may describe it by its domain, "a tree", not identifying the specific type, and others might mention a common use of the tree "where we get coconuts". All of these utterances would be coded into predefined categories.

Next, we field- and then pilot-tested the MLA at single time points in rural and urban schools in Kenya to understand the properties of the instrument. Parents, educators, and children have received the MLA positively, possibly because they recognize that it captures what children know--their assets. Currently we are in the middle of a longitudinal study to understand if a child’s language skills across multiple languages is predictive of their progress in school six months later.  We will be assessing the same children this May. This will give a chance to understand if the children’s expressive language skills across multiple languages can help to explain their success or struggles in the early years of formal schooling. Return to this site for the results!

For more information about our assessment instruments in education, click here.