Measuring executive functions in young children from low- and middle-income countries: an interview with Michael Willoughby 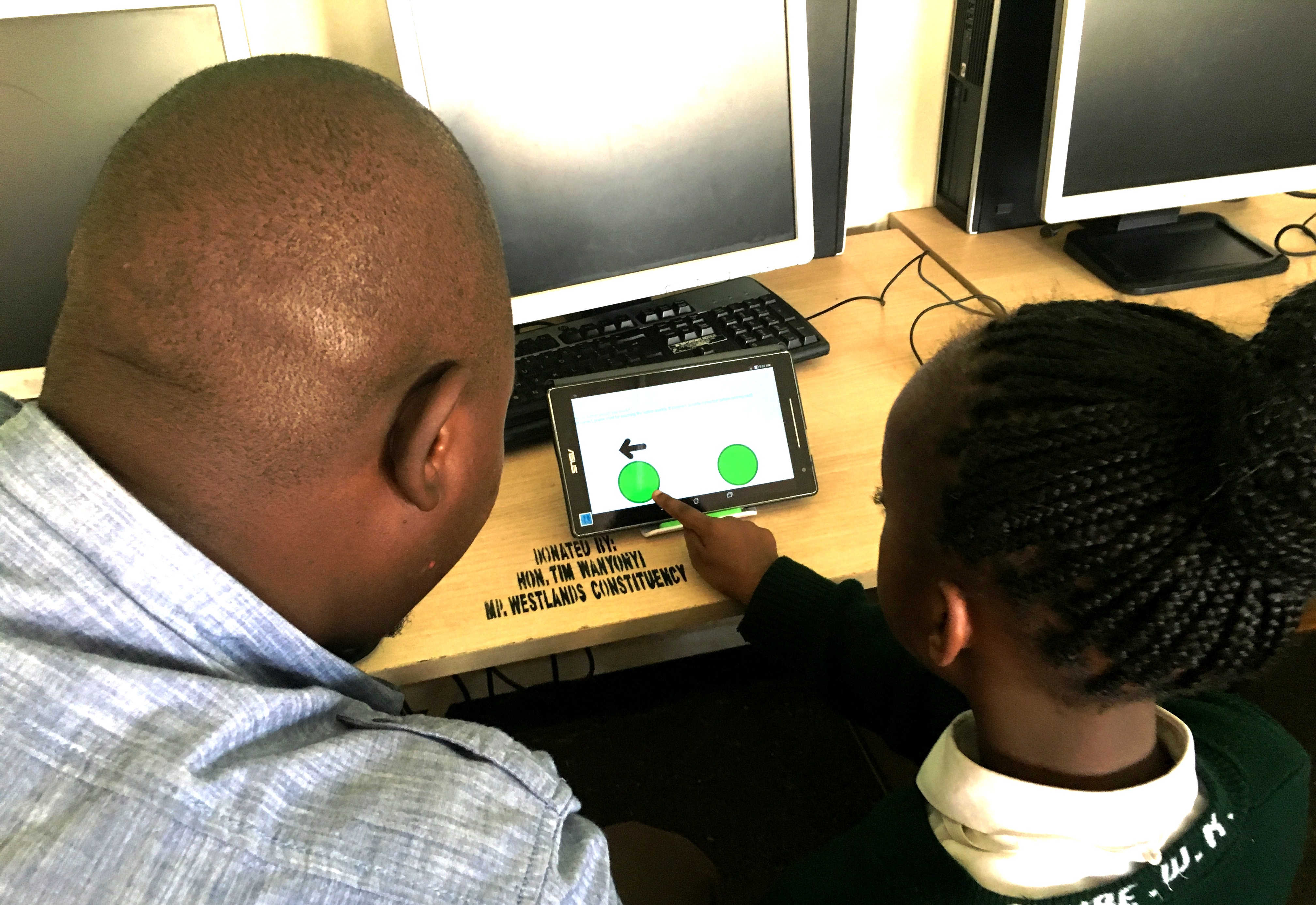 Much still remains unknown about the impact of executive functions on the school performance of children in low and middle income countries. In an expert interview recently posted by RTI International on Medium, RTI's Michael Willoughby describes how EF Touch, a new digital assessment tool, is working to fill this gap in knowledge.

Michael Willoughby, a Fellow in Education at RTI International, recently developed and evaluated a digital assessment tool of executive functions for use with preschool-aged children in LMICs. The tool, EF Touch, is administered using Tangerine, RTI’s open source software used to conduct off-line data collection and assessments on low-cost Android tablets. RTI received a digital innovation award for its use of this tool.

We sat down with Michael to learn more about EF Touch, how it is used, and what implications it has for broader research in the field.

Q: What are executive functions, and why is this aspect of child development so important?

Q: You mention that EF is malleable and can be improved. What are some things parents or teachers can do to improve EF?

Q: Tell us about EF Touch — how did it start, and how does it currently work within RTI’s Tangerine platform?

A: EF Touch is a computerized battery of tasks that were developed to measure executive function skills — including inhibitory control, working memory, and cognitive flexibility — in early childhood. EF Touch represents a collaborative effort with my colleague Clancy Blair. We were fortunate to receive research funding from the National Institute of Child Health and Human Development to develop a set of paper and pencil executive functions tasks.

After an extensive period of task development and testing, we were subsequently funded by the Institute of Educational Sciences in the United States Department of Education to develop a computerized version of tasks, which we referred to as EF Touch, because children made responses to tasks using a touch screen monitor. When I came to RTI, I learned about Tangerine, an electronic data collection software used for learning assessments and designed for use on laptops, tablets and smartphones. RTI made an internal investment to expand the functionality of Tangerine, which enabled us to administer the EF Touch tasks using tablets and the Tangerine software.

Q: EF Touch contains many subtasks, each of which focuses on different areas of executive functions. What about the tasks and subsequent results do you find most exciting? Why?

A: First off, I wouldn’t say that I find any task more exciting than the others. Each task is an imperfect indicator of skill. In our research, we have emphasized the creation of a composite measure which indexes children’s performance across multiple tasks. Take the Bubbles task, for example, which is a reaction time task that serves as a control variable. In this task, bubbles appear on the screen and children are told to pop them as fast as they can. We’re interested in how quickly the kids will touch them once they first appear. In Tangerine, we can record this reaction time to the millisecond. We find that kids who are faster at that task actually do better on all of the EF tasks. This is backed up by the research, where reaction time is often used as an indicator of developmental progress. But what is the relevance of EF to broader learning outcomes? A recent paper showed a correlation between age and improvement in EF; if you don’t measure all tasks you can misattribute EF to other developmental growth. It’s unclear how early you can differentiate specific skills — some aren’t differentiated skill sets until kids are much older. This is why we like to focus on a battery-wide score rather than scores on individual tasks.

Q: You recently piloted EF Touch in Kenya within RTI’s Tayari program, funded by the Children’s Investment Fund Foundation (CIFF). What were you expecting to find, and were these hypotheses confirmed?

A: We did a pilot in May [2017], which was mainly a proof of concept study. The primary goal of this work was to test the feasibility and usability of the Tangerine version of EF Touch tasks, including a new data collection platform (Android tablets versus Windows laptops), new setting (developing country context), and expanded language offering (tasks were administered in English or Swahili).

In general, children enjoyed and were able to complete most of the tasks, enumerators felt good about quality of the data that they collected, and individual differences in children’s performance on the tasks was evident. Children’s performance on the tasks showed the expected associations with age (older children outperformed younger children) and behavior (enumerator ratings of children’s attention-related behaviors were associated with improved task performance). Overall, it was a successful first experience.

Q: Now that you have piloted EF Touch, what will you do next?

A: Based on the success of the May pilot, the Tayari team elected to include a subset of the EF Touch tasks in the Tayari midline assessment that occurred in October [2017]. All of the children in pre-primary classrooms, approximately 1,200 children, were given the opportunity to complete EF Touch tasks. Once we analyze this data, we’ll begin to ask systematic questions about how performance on EF Touch tasks is related to children’s performance on more traditional measures of school readiness, including pre-academic achievement and social-emotional functioning. Most of what is known about these associations is derived from studies in high-income countries. Our data analysis will be one of the largest efforts to date to consider these issues in a developing country context. In addition, we also plan to conduct formal psychometric tests of EF Touch tasks, including testing whether the tasks worked equally well (in a measurement sense) when administered in English and Swahili. This is important work that is essential for ensuring that any inferences that we draw from our data are not an artifact of differences in test performance for children from different language backgrounds.

Q: What is next for EF Touch, and what other research do you think is necessary moving forward?

A: Our immediate focus involves data analysis and publishing the results from the Tayari program data collection. However, we are actively seeking out opportunities to partner with other organizations and projects that have an interest in measuring EF skills in early childhood. We want to learn the best way to facilitate and support external partners in their use of these tasks. As we think about new work and new applications, we also hope to connect to potential funders who have an interest in early childhood development and EF.

Children in LMICs have a unique set of experiences that likely influence the development of executive function skills for better and for worse. These children and the diversity of their experiences aren’t fully represented in the existing research literature, which is something that we’d like to address. Ultimately, early childhood educators around the world are interested in knowing whether executive function skills contribute to school success and, if so, whether it’s worth making an investment to improve these skills. We hope to play a central role in answering those questions.

Michael Willoughby is a Fellow in Education and Workforce Development at RTI International.

The original article publised by Medium.com can be found here.