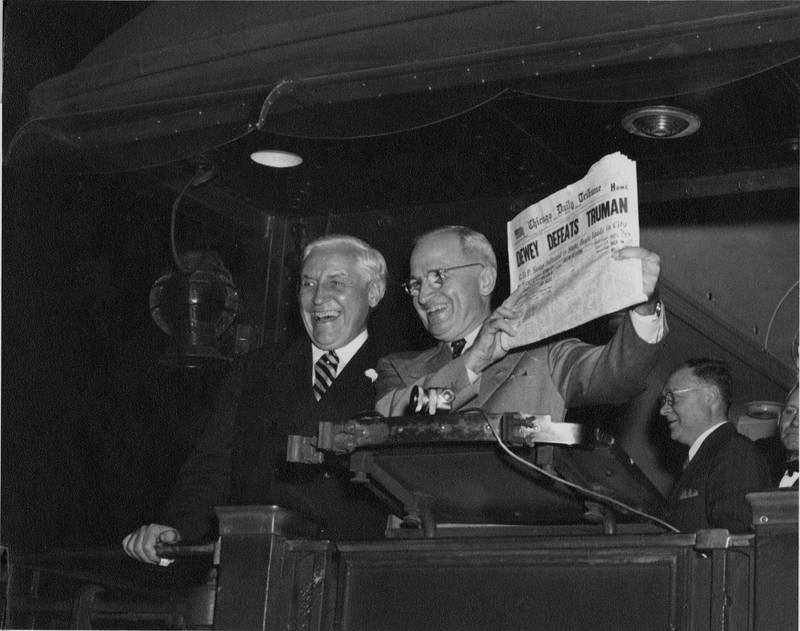 This post is the second in a series we're calling Hacking Tangerine. As we discussed in our first post, Tangerine's flexibility permits a wide variety of clever applications—some obvious, others less so. These posts are intended to highlight a few of the ways Tangerine's core functions are being adapted by enterprising researchers. In this case, we'll describe how Tangerine's support for audio playback and embedded images can improve the quality of survey administration by low-literacy users. If this reminds you of a story or a clever application you want to highlight, please get in touch!

Survey-based data collection: easy to screw up, hard to get right

Survey-based data collection is very, very difficult to do well. To illustrate this point, introductory statistics courses in the U.S. often trot out the classic story of the Chicago Daily Tribune's Dewey defeats Truman! prediction—a major “self-own” decades before the phrase existed—as a cautionary tale about the dangers of deeply inhaling that heady mix of sampling bias and confirmation bias.[1]

Nearly 80 years later, researchers in global development are still grappling with many of the same thirteen factors W. Edwards Deming at the Census Bureau identified way back in 1944. Our manifestations of the issues are a little different—Deming was probably not thinking about low levels of technological and reading literacy among smartphone-wielding enumerators when he cautioned about “bias and variation arising from the interviewer”—but his article has held up amazingly well as generations of pollsters, statisticians, researchers, and development practitioners have come and gone.

Using computer- or tablet-based data collection tools offer several benefits in terms of reduced data input costs, reduced data transcription errors, improved data validation and adherence to skip logic protocols, hint text to help the assessors understand the nature of the input expected and whether they should read answer options aloud, etc. These features, and many others besides, are among the reasons Tangerine was developed in the first place. While tools like Tangerine don't solve all of Deming's concerns—several of which hinge on the study and sampling design rather than the administration protocol—you'll see they at least partially address four of them.[2] Which in turn frees up time, attention, and money to focus on the remaining nine, plus all the wonderfully strange ways surveys can go sideways that Deming didn't think of.

Once you make the leap to technology-driven data collection, of course, lots of enhancements to your data collection become possible. And if those enhancements are successful, they in turn give rise to other clever applications of the tools. For instance, the health community's need to collect accurate information about highly sensitive issues such as sexual behavior and drug use—topics especially prone to social desirability bias—resulted in the development of audio computer-assisted self-interview (ACASI) tools. When RTI researchers began to tackle increasingly sensitive subjects, such as school-related gender-based violence, they recognized the utility of ACASI for their work and requested that it be added to the Tangerine feature set. As our colleagues Julianne Norman, Maitri Punjabi, and Lauren Edwards shared a couple of weeks ago, more pupils interviewed via ACASI reported having experiences of sexual violence in and around their schools than did pupils interviewed face-to-face.

The Uganda team’s report of a successful pilot of the ACASI feature got our wheels turning. Might this ACASI functionality be useful in contexts where citizen-led, participatory data collection is being carried out by individuals whose reading literacy is relatively low? Combining the ability to pose questions and answer options orally with the ability to embed images and other multimedia files—as illustrated in Figure 3—yields a data collection instrument that can (a) be deployed on a low-end mobile phone for (b) administration by someone who (c) lacks the literacy skills of a professional data collector but (d) will still be able to collect high-quality data because the technology provides the scaffolding they require to adhere to the survey protocol.

This was not a use case we explicitly had in mind when the ACASI feature was added 2 years ago, let alone when Tangerine came on the scene in 2012. By building flexibility and extensibility into the core of Tangerine's DNA, however, we have created the possibility for researchers to ‘hack' the tool to address uses we never imagined.[3]

We would love to hear from you! Have a story to share about how you are using Tangerine? Contact us, and we'll help you write it up and get it published. Want a hands-on demonstration of Tangerine, whether focusing on its core features or some of the lesser-known uses? Great! Drop us a line at support@tangerinehelp.zendesk.com.

[1] Other stats courses serve up the similar but less-well-known case of Franklin Delano Roosevelt and Alfred Landon from a few years prior.

[2] Namely “3. Bias and Variation Arising from the Interviewer”, “5. Imperfections in the Design of the Questionnaire and Tabulation Plans; (a) Lack of clarity in definitions; ambiguity; varying meanings of same word to different groups of people; eliciting an answer liable to misinterpretation…”, “7. Bias arising from nonresponse (including omissions)”, and “12. Processing errors (coding, editing, calculating, tabulating, tallying, posting and consolidating)”.

[3] In the Mozilla Project's sense of a constructive collaborative activity, of course. Not in the sense of quasi-legal or straightforwardly illegal use of computers. Stay out of trouble, kids.

[4] If you would like to play around with the instrument shown in this video, click here to access a version of it presented on CodePen: just be forewarned it won't behave quite as well in CodePen as it does on a tablet. (Network latency is a bummer. Which is another reason why Tangerine being offline-first is so useful.) You can click the "Change View" button in the top-right corner and select "Editor View" to see the underlying code.