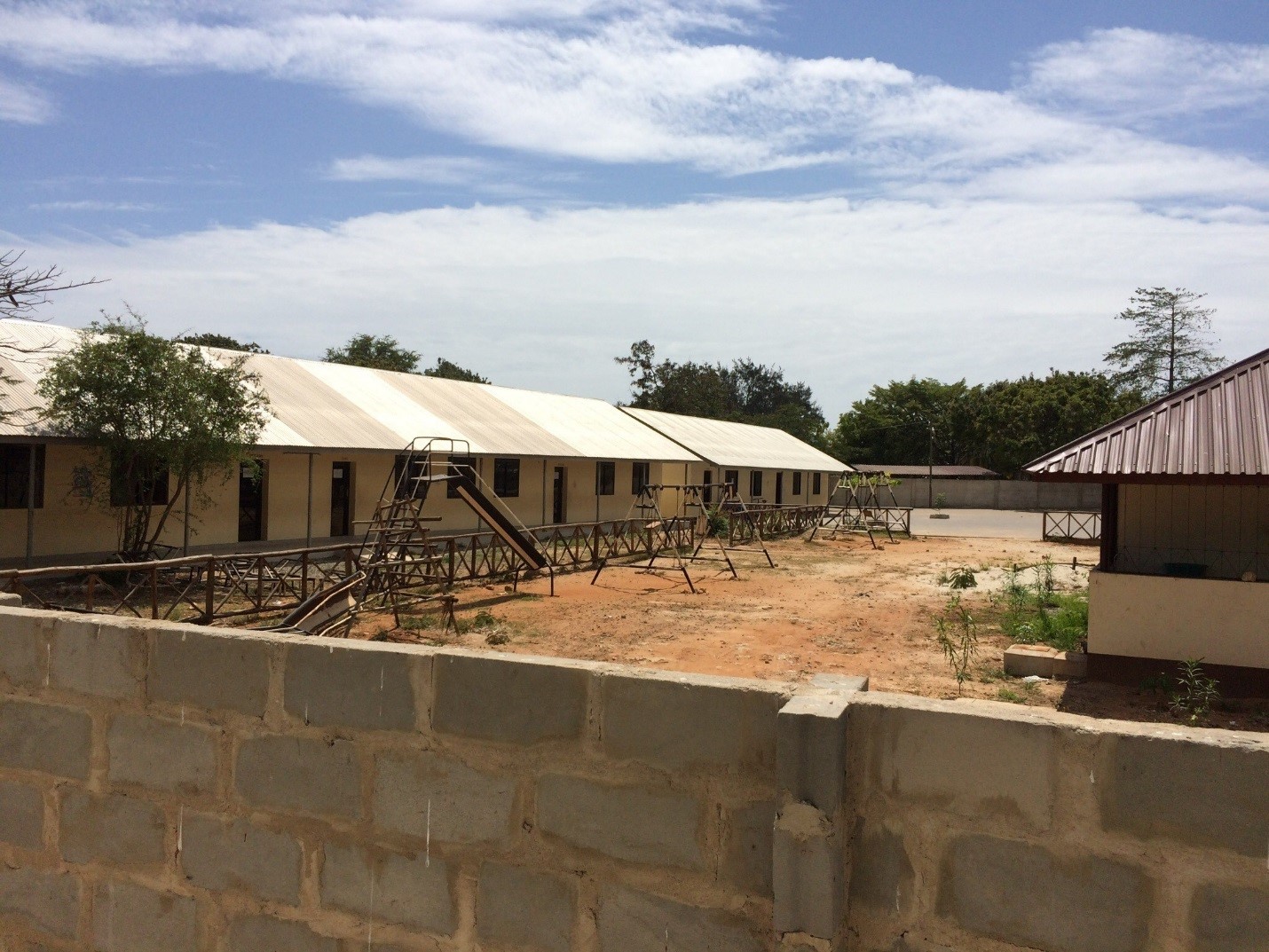 By: Lee Nordstrum and Kellie Betts

Like many countries in Sub-Saharan Africa, Tanzania has attempted to abolish the practice of requiring monetary contributions for school attendance, both at the primary and, more recently, the secondary level.  There are certainly many positive outcome of abolishing contributions, such as increased attendance rates and a greater likelihood of attaining higher levels of schooling, not to mention governments simply sticking with their promises to provide access to free schooling. These have been well documented. However, it should surprise no one that abolishing required monetary contributions is not a silver bullet for educational change. Fee abolition has been shown to worsen certain quality standards (such as increasing class sizes) and governmental capitation grants, which are supposed to replace parent contributions, have historically been insufficient to fund school operational expenses. It is a complex undertaking. But could getting rid of monetary contributions also discourage parents from participating and volunteering at their children’s school? That question seems counterintuitive. Why would an educational reform that is designed to expand access to schooling act as a deterrent for parent participation? However, that is precisely what we discovered during a recent monitoring exercise of the Tusome Pamoja educational activity in Tanzania.

Tusome Pamoja (Let’s Read Together) is a five-year educational activity funded by USAID and implemented by RTI International.[1] The activity aims to improve early grade learning outcomes for 1.4 million primary school children across more than 3,000 schools by: (1) increasing the availability and use of teaching and learning materials, (2) improving teacher skills and behaviors, and (3) enhancing parental and community support of education in more than 3,000 primary schools.

With regard to the third project component (parental and community engagement), the enhancement of participation in school necessarily requires some sort of strategy to encourage parents and community members to participate. A first step in developing such a strategy is simply to understand current levels of participation in schools and parents’ level of comfort doing so. To help determine this, we conducted a series of focus group discussions with parents, teachers, and Head Teachers from two regions in Mainland Tanzania (Morogoro and Mtwara) and Zanzibar during June of 2017. While the questions posed to each set of actors varied slightly, all focus group participants were asked about current levels and means of parent participation at their school as well as reasons for which parents might not participate.

As anticipated, focus group participants mentioned a number of foreseeable barriers that limit parents’ time and ability to participate: employment or economic opportunities, housework, lack of time, and, in some cases, parents’ own perceptions that they don’t know how to participate at school. One explanation, however, was not as predictable as the rest. Both teachers and Head Teachers suggested that “free education” was partially responsible for parents’ reticence to contribute to school functioning through volunteering, following up on academic progress of their children, or attending school committee meetings. They described that, prior to abolition, schools supplemented insufficient governmental funds through locally levied fees and contributions, which were viewed as common: parents had grown accustomed to this method of “participation.” When school fees were abolished through fee-free public education, the normative means of parent participation was also removed, without an alternative method of involvement to take its place. During focus group discussions (FGDs), teachers and head teachers indicated that parents might be confused about the implications of fee-free public education: while it inherently curtailed fees and monetary contributions levied by schools, parents (according to teachers and head teachers) mistakenly also thought other forms of participation were no longer necessary. Several quotes from focus groups highlight this issue.

“[Parents] also have this notion that, ‘[My child] is at school with the teachers, the teachers are able to take care of everything about the child,’ and don't feel they have any responsibility, but that to a very large extent it’s the teachers’ responsibility.” (FGD Morogoro – Urban teacher)

“I would like to add to that….this is because of the policy of free education. The parent thinks that because there is free education then he has nothing demanded from him.” (FDG Zanzibar – Urban teacher)

“Because, the parents are sort of anxious, thinking, ‘… if I go there, they will ask for contributions, they are wasting my time.’ They have this fear.” (FGD Morogoro – Urban teacher)

Another important discrepancy between the perspectives of parents, on the one hand, and teachers and head teachers, on the other, is that parents believe governmental funding to now be adequate to cover all school costs. Teachers and head teachers, however, asserted that government funding intended to replace parental contributions is insufficient to meet the current needs of schools, particularly given the Government of Tanzania’s cessation of funding for security and non-teaching auxiliary staff positions. In all FGDs, both teachers and head teachers emphasized parents’ responsibilities to continually contribute to school needs despite fee-free public education, either through monetary or non-monetary (e.g., labor, volunteering, food donations) means. They cited infrastructural needs (e.g., repairs, construction) and providing learning materials as things for parents to contribute to.

“People who did not attend school … always speak for themselves at [school] gatherings and announce that there is no need to volunteer. Most people started following their words, and they were not participating in any government-related works. This has continued to be politicized, making parents to participate less than they used to. For example, this village has a total of 6,000 people, but when you announce activities like collecting and carrying sand that is used for construction you might only find six people in attendance, most of whom are in the school committee together with the village leader.” (FGD Mtwara – Rural head teacher)

“Some of [the parents] find it very difficult to volunteer and some just contribute because they have money, but others don’t want to at all. Just like what my colleagues have said, they think the government provides for us enough money and so why should they contribute.” (FDG Morogoro – Urban head teacher)

This finding reveals a tension in terms of parental participation in Tanzanian primary school USAID. First, parents, on the one hand, and teachers and head teachers, on the other, hold divergent views of parental participation in school. Due in part to the historical economic practice of subsidizing public education through private household contributions, teachers and head teachers tended to emphasize the importance of continuing contributions for school needs. Parents, however, tended to de-emphasize the paying of fees or contributing financially to direct schooling costs now that they assume it is fully covered by the government. However, teachers and head teachers were quite clear that such contributions were vital to the continued health and proper functioning of the school. This divergent understanding of the financial implications of fee abolition may reflect the fact that only direct (attendance and exam) fees were abolished while other indirect fees (such as for security, infrastructure, or food) remain in place.

These tensions and different perspectives among stakeholders must be reconciled if any attempt to increase parental participation is to be successful. This could imply that any program operating within a society with a historical background of monetary contributions for educational services, such as Tusome Pamjoa, should attempt to directly raise awareness about parental volunteering and engagement opportunities other than financial contributions, which may dissuade parents (and teachers and head teachers, for that matter) of the notion that parental engagement is mainly economic in nature. In fact, most of the teachers and Head Teachers that we spoke with indicted other services, such as assistance with construction projects or cooking meals, are needed.  These in-kind contributions may, if emphasized repeatedly over time, replace parents’ notions of contributions consisting only of fee payments. To put it more succinctly, schools and communities must together decide on their collective needs and aspirations, and collectively determine how those may be realized.