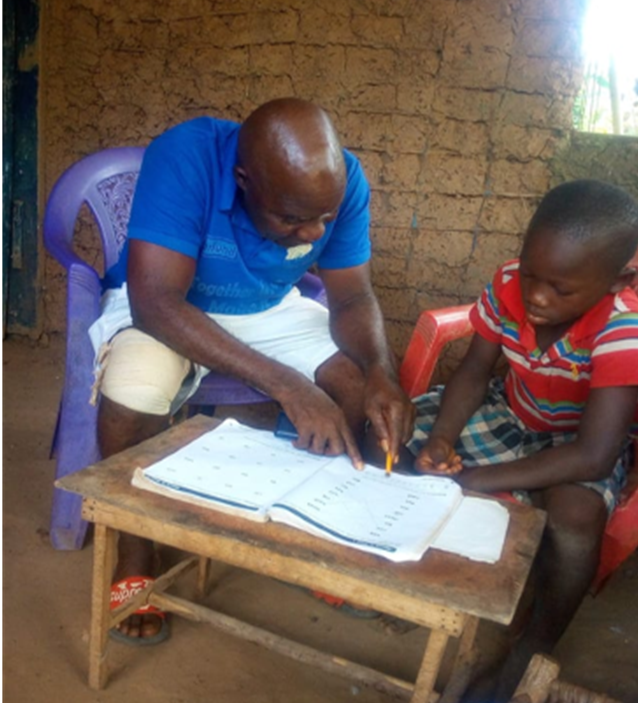 When the Coronavirus disease 2019 (COVID-19) hit Liberia, prompting the Government to declare a state of emergency in March 2020, Liberian students joined the more than 91% of students worldwide[1] who overnight entered a new world. This new world, one of closed schools and a scramble to transition to virtual learning, more fully benefits children and youth with immediate access to resources such as personal tutors or online learning content. By default, it also puts at further risk the billion-plus children and youth who do not have such resources. Over two million Liberian school-aged children and youth[2] spent the fourth quarter of their 2019-2020 school year at home, most without access to instructional materials, and many without access to family members with the time or ability to teach or mentor them.

Prepared by the past

Liberia has one advantage few countries in the world can claim—the lessons learned from another deadly outbreak: Ebola. In 2014 and 2015, Liberia was one of three West African countries battling Ebola, with Liberia ultimately counting over 10,000 cases and nearly 5,000 deaths due to the disease.[3]  As with COVID-19, during the Ebola crisis the Liberian government shut schools to prevent spread of the virus. And in 2014-2015, Liberia turned to the most ubiquitous form of technology available to families to help fill the gap in learning: radio.

In 2014 and 2015, the Liberian Ministry of Education (MOE) developed a series of radio programs designed to keep students engaged and learning while schools were closed due to Ebola. In March 2020, when students once again found themselves at home, the MOE was able to immediately pivot to those existing structures to launch a “Teach by Radio” program. Through this approach, radio broadcasts guided parents, teachers, and students through radio-based activities, with students and their families actively participating in lessons by singing, reading, writing, answering questions, and solving problems in ways that reflect active listening and learning.

In direct support of this radio-based approach, the Read Liberia Activity—a 5-year United States Agency for International Development (USAID)—funded education program implemented by RTI International (RTI) in collaboration with the MOE—developed and recorded radio-based lessons in language arts for grades 1 and 2.  The lessons were aired by the MOE on national and local radio programs across the country.

Read Liberia directly supports the teaching and learning of kindergarten through grade 2 students in over 600 public schools in six regions of Liberia (Bong, Grand Bassa, Lofa, Margibi, Montserrado, and Nimba) and has worked with the MOE over the past three years to refine teacher instructional guides and student learning materials for use in the classroom. Also, as part of its community engagement activities, Read Liberia has worked with community-based community mobilizers who encourage parents to be active in their local schools, to create space and time in the home for students to read and do homework, and during school closures to tune into Teach by Radio virtual lessons. 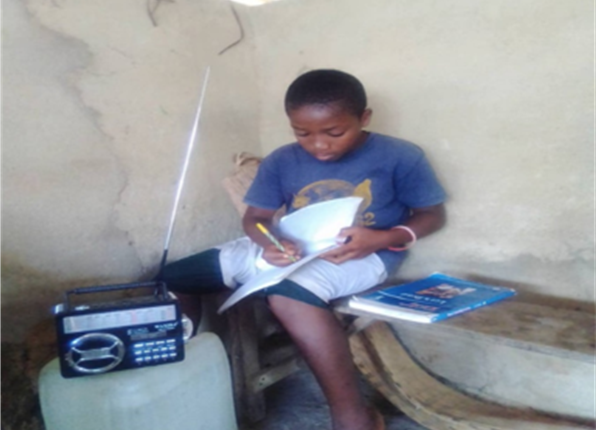 Drawing upon its existing materials, Read Liberia developed and recorded a series of 30-minutes lessons covering key components of early grade literacy and language arts instruction, including phonological awareness, phonics, vocabulary, listening comprehension, reading comprehension, and grammar. In response to an MOE initiative to support students’ psychosocial needs during this global pandemic, Read Liberia also wove into these radio lessons opportunities for students to reflect on their feelings and find productive ways to deal with them. In addition, while students in Read Liberia schools had their reading and activity books at home with them, Read Liberia adjusted the lessons to benefit all children, including those without any reading or writing materials.

Learning from the Present

Liberian public schools closed in March 2020, and the MOE Teach by Radio program ran from March 30 through June 30, 2020. During this time, community mobilizers also pivoted to a “no contact” mode of communication to reach parents and other community members, using phone calls and text messages to replace in-person gatherings. In July 2020 Read Liberia used these channels to collect data on both the reach and the impact of the Teach by Radio program, with community mobilizers conducting phone interviews with 104 parents of students in grades 1 or 2 in three counties—Lofa, Montserrado, and Nimba—specifically on their awareness of, access to, and benefits from the program.

Findings suggest that, while many families did not have radios, students who did were motivated to listen to the Teach by Radio lessons and benefited from them. While only 40% of parents interviewed reported listening to the Teach by Radio program overall, nearly three-quarters (71%) of those reported listening specifically to the lessons that Read Liberia developed.[5] Most parents (95%) also indicated that someone in the household listened to the lessons with the child, as recommended, and 86% felt their child learned from the radio lessons.

In addition to the targeted phone interviews with the 104 parents, community mobilizers continued their engagement with nearly 2,000 parents and other community members in 758 school communities. Through these interactions, parents reported giving their children more time to read at home (between 20-30 minutes a day during school shutdowns), and over 1,300 parents said they established home reading spaces for their children. Read Liberia community mobilizers also provided virtual support to members of parent-teacher association (PTA) groups, who committed to supporting children’s learning during school closures, and hundreds of community leaders used their existing communication channels to broadcast Read Liberia messages encouraging children to spend more time at home reading.

Planning for the future

Of course, these qualitative data are not the equivalent of a rigorous impact study and give only partial glimpses into the impact of the Government of Liberia’s attempt to use radio in an innovative way to support ongoing student learning during school closures.  Furthermore, it is important to understand the factors that prevented most parents from tuning into the MOE’s Teach by Radio program. Fifty-two percent of parents interviewed did not have a radio, and because of the social distancing required to prevent the spread of COVID-19 families were discouraged from gathering to share radios. Lack of access to even this basic type of communication challenges any type of program a government might employ. However, there is reason to believe that MOE efforts to develop such a program, and Read Liberia’s support to raise awareness of it, resulted in positive impacts for many students and their families. Moreover, because Liberia was able to quickly make this happen, these students were able to benefit before their school year ended in June.

Time will tell what challenges the coming school year will bring. Still, Liberia—and Liberians—have once again demonstrated what they can accomplish in the face of a global challenge. With the tools, systems, and materials already developed, the MOE is positioned to continue its virtual support for students should schools remain closed.

[5] These parents reported listening to an average of two lessons per week.

Dr. Jennae Bulat is the Senior Director of the Teaching and Learning team in the International Development Group (IDG) at RTI International. In this role, she oversees RTI’s international education teaching and learning technical focus, ensuring that RTI uses cutting-edge approaches and best research-based practices in its pre-primary through upper-primary programming. Specializing in early literacy development and inclusive education, Dr. Bulat has a strong commitment to facilitating learning across all populations, particularly among at-risk populations, such as girls and children with special needs.
Contact Jennae Bulat