This series of reports was produced by Omidyar Network’s Education initiative, whose mission is to unlock human potential through learning by catalyzing people, ideas, and systems – so every individual thrives and contributes in a changing and interdependent world. The Omidyar Network team included Eliza Erikson, Erin Simmons, Rebecca Hankin, and Eshanthi Ranasinghe. The data underpinning this report come from interviews, surveys, site visits, and desk research by a team of researchers and EdTech practitioners led by RTI International, drawing on local expertise in each of the case study countries. The team conducted more than 100 interviews with teachers, school principals, education administrators, policymakers, and EdTech experts. This study sought to understand the conditions that have thus far enabled EdTech initiatives to scale in the USA. This case study involved interviewing and surveying more than 20 EdTech stakeholders in the US. These experts provided recommendations on which states or districts could serve as examples of effective EdTech scale-up (at the access, use, or impact level). Suggestions included Utah, California, Maine, Rhode Island, New York, North Carolina, and Florida. Two specific ‘deep dives’ are included in this report: the state of North Carolina and the Miami-Dade County public school district in the state of Florida. Both North Carolina and Florida have, in the past decade, aggressively transformed education and implemented policies and initiatives to improve education opportunities for all students with the help of EdTech. 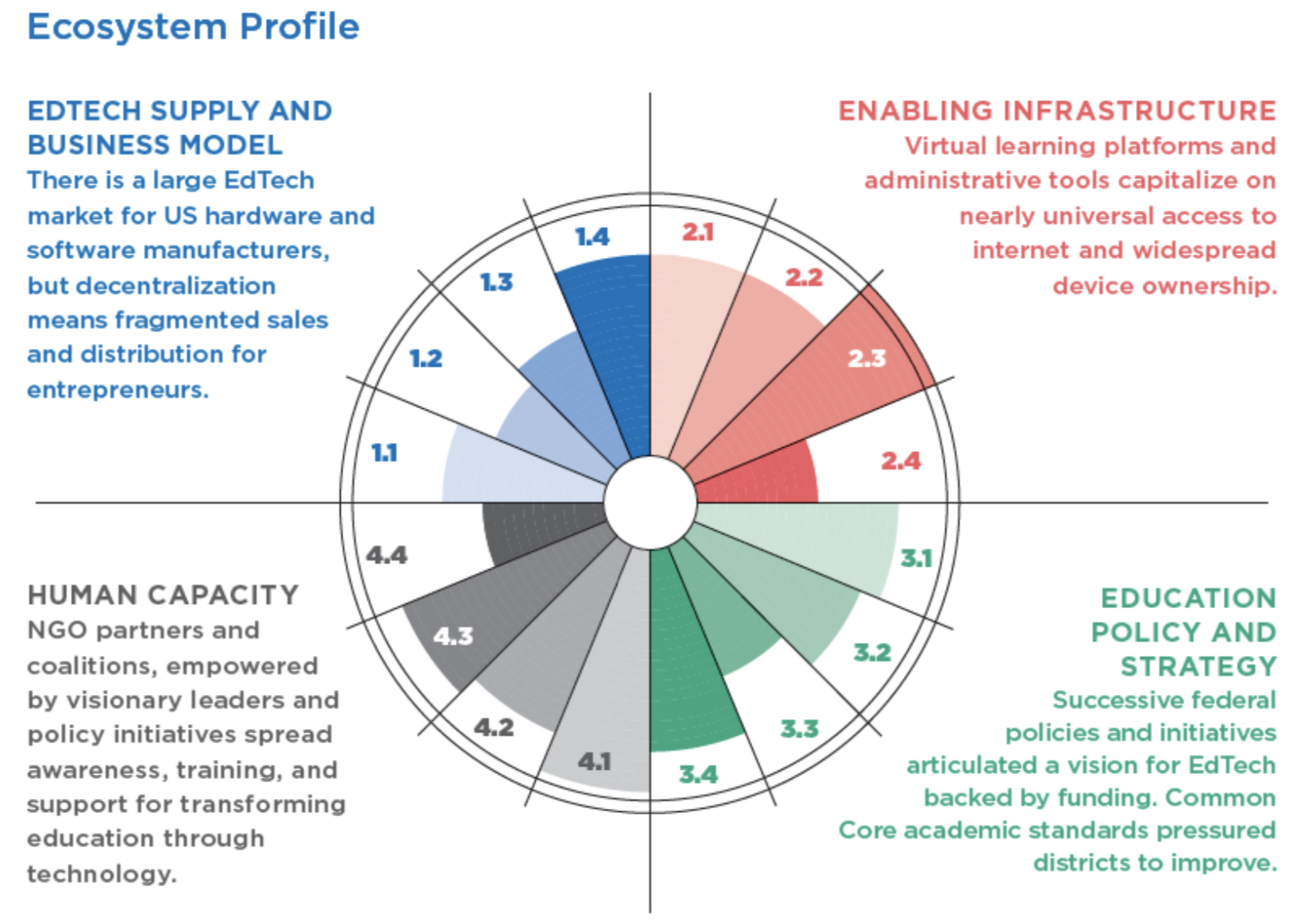